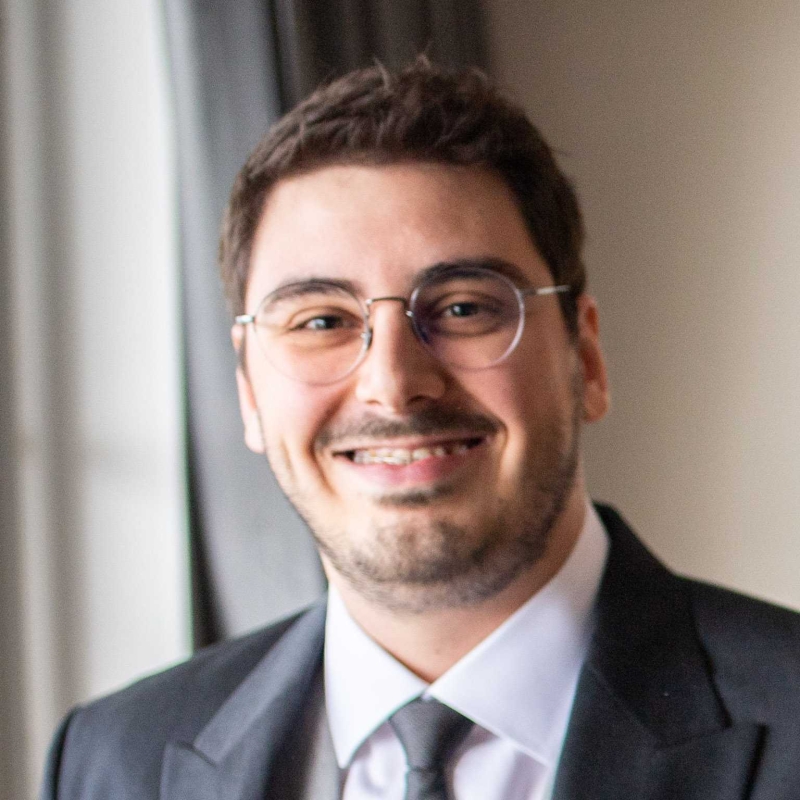 Onur Cipe is from Turkey and currently lives in Izmir. He has a Bachelor of Science in Computer Engineering. In his early career, he worked for Ericsson as a software engineer where he primarily worked on product development projects. Besides that, he was also an innovation coach at his hub. Afterward, he co-founded his own company, dolphinOS, where he works as head of engineering. At dolphinOS, they work on various projects, such as developing a cloud ERP software, designing and assembling IoT devices, developing an online health assistant with a symptom checker, and building a subscription-based home delivery personal hygienic goods platform. Recently, however, they have focused their efforts on building their own SaaS startup for freelancers called iamworkmate.

Onur enrolled in OMSCS because he dreamed of specializing in computer science at one of the world's preeminent universities, Georgia Tech. However, “running my company and joining an on-campus program at the same time and location was not possible”, argued Onur. OMSCS has allowed his dream to come true, especially since OMSCS raises the bar on online education with “its outstanding professors and staff.” He contends that every benefit that the on-campus program offers, such as one-on-one discussions with professors, working in research labs, and shaping solid friendships; OMSCS offers as well.

"[Computer science is] one of the most critical disciplines in the history of humanity."

To Onur, computer science is one of the closest fields to the fundamental sciences. It is the core field of technology. Therefore, he considers it “one of the most critical disciplines in the history of humanity.” Computers help him to reflect and actualize his thought processes through coding. Computer science allows him to understand one of life's most fundamental questions: what is cognition? Excellent questions indeed, Onur! So beside his admiration for and dedication to computer science, what else is Onur interested in? Well, he is interested in theoretical physics; in fact, he is known to extract formulas during exams rather than simply memorize them. For Onur, science is what excites him the most. He grew up reading science books that his parents bought for him. His parents, who were both medical doctors, inspired his love of science and medicine. Onur remembers how he would listen to his parents’ discussions which ignited his curiosity for the medical sciences. Therefore, he aspires for a research project that blends medical science and computer science. Speaking of which, Onur has focused his research on AI and biomimicry. He works on creating a computational framework that implements the essential neurological mechanisms of the brain to account for intelligent behavior and the emergence of cognition. To comprehend cognition to a greater extent, he took CS 6795: Introduction to Cognitive Science. He approached memory and explored the mechanisms of episodic memory through the lens of cognitive computational neuroscience with his colleagues in their self-directed term project. At the ”core of our computational models, we used a biologically plausible computational framework that approaches neuroscience with biomimicry”, explained Onur. He yearns to do similar research in the future using this framework. He has only taken CS 6795: Introduction to Cognitive Science thus far; however, he has no doubt that this course and Professor Goel will be one of his favorites. After graduation, Onur wishes to continue his research and education by getting his Ph.D. in computer science.

Another interesting fact about Onur is that if he could work with anyone, past or present, he would wish to work with John McCarthy, the father of AI. He would love to discuss how cognition emerges from electrochemical mechanisms, how they could mimic this, and if they could entirely implement these, would they be able to produce similar intelligent behavior? So how does Onur relax after a long day of such great accomplishments? Well, he plays darts! Onur reasons that “since it requires high concentration, it allows me to slow down and clear my mind. You can think of it as killing the processes in the operating system.”