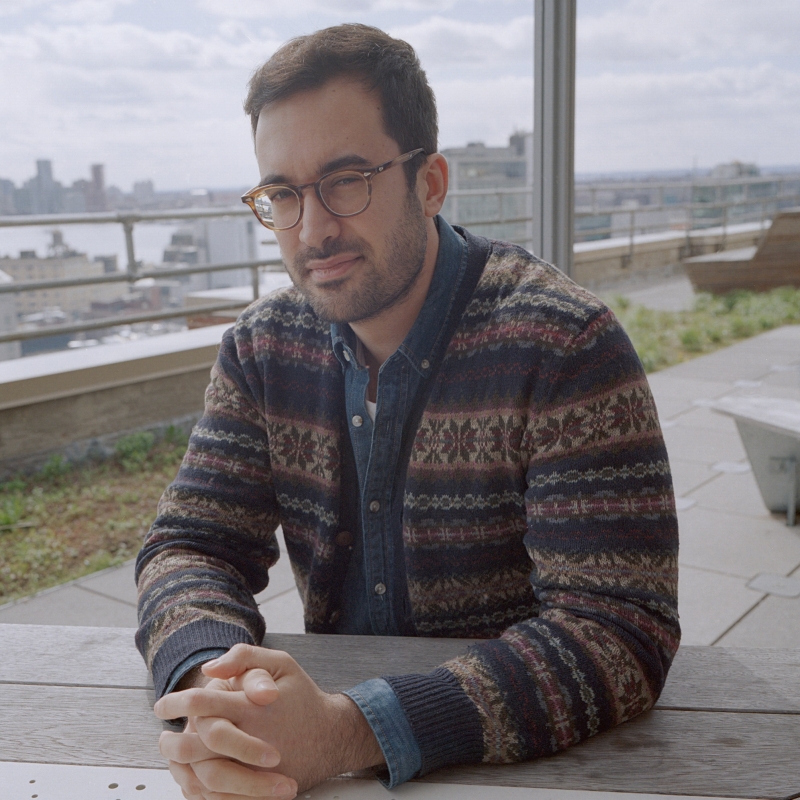 Ilia studied psychology and political science during his undergraduate career before receiving his Master’s degree in psychiatry. During graduate school, he contributed to the Tribune, the student paper at McGill University, and decided to trade academia for journalism after finishing school. It is not hard to see why Ilia gravitated towards journalism: he grew up reading the New Yorker, which is his favorite publication. In fact, from age 15 into his 20s, Ilia probably read nearly every edition of the magazine.

While he liked the freedom to choose between the sorts of stories he pursued in journalism, he began to miss the rigor of science. He then came across a computational journalism program at Columbia University and decided that it may be a way to bridge the freedom of popular writing with science’s greater appreciation for methodological soundness. After he completed the program, he says, “I was hooked. It was almost like I developed a superpower.” Ilia then started posting personal projects online, and eventually, one of his data analyses of missed connections went viral. He’s now been working as a data scientist and developer at The Pudding, a data-driven visual publication, and Polygraph, a studio, since 2016.

"You are given just enough knowledge so that you can work through a lot of challenges on your own and succeed only by extending yourself a little beyond your immediate understanding. This forced-to-learn process helps develop a better understanding of the relevant concepts."

What inspired Ilia to enroll in OMSCS? “I realized that I had a very specific domain of knowledge, but it wasn’t enough — I use a computer every day, and I wanted to know its capabilities.” Since he did not have a chance to study computer science across his educational trajectories, he knew OMSCS would be a “rigorous introduction” to the field. Additionally, OMSCS had an incredible reputation, and the cost of the program was unparalleled. When asked about what he likes most about OMSCS, he replied, “Oddly, I think compared to studying psychology, the manner in which the learning progresses is very well thought out. In psychology you memorize the lectures, the same with readings, but with this program everything is very much applied. You are given just enough knowledge so that you can work through a lot of challenges on your own and succeed only by extending yourself a little beyond your immediate understanding. This forced-to-learn process helps develop a better understanding of the relevant concepts. That level of challenge, and that approach in developing your skills, are what I like the most.”

As for Ilia’s favorite class? “Any class where I have that experience — where you are given a problem, and you see it and think ‘how do I solve this?’ Then I bang my head against the wall, and eventually solve it, at which point I feel like the frontman from Almost Famous, when he gets up on the roof and declares, ‘I am a golden god.’ Then I get to the next difficult problem, come back down to earth, start to feel like I should drop out of the program, eventually solve it, and it’s back to being on top of the world.” Ilia continues that if he had to pick his favorite class “I suppose it would probably be Knowledge Based AI with Dr. Joyner. I wrote him to say thanks after the semester ended, because up to that point, I really didn’t have too many programming chops; there’s an element of doubt in play, and this was the first class I started to think that I may have enough experience under my belt to get me through.”

To Ilia, computer science means “a tremendous expansion of my abilities to ask interesting questions about the world. I could do so much more now than I could do 10 years ago.” Besides CS, Ilia says, “I am really interested in research and in finding insights in data, so in all manner of data science. More broadly, I’d say working for a data-driven, visual publication means that I’ve grown to be much more cognizant of design (whether that is in terms of user interfaces or everyday objects). Good design principles — so much of what we do rests on that.”

In terms of research, Ilia has a few stories in his back pocket that he would like to get published when he has chance. A large part of what Ilia does with clients is work with large-scale sets of data. “It is so common for us to reduce findings to an average but those smaller groups that make up that mean statistic, they're the most interesting to me. Defining them, characterizing their key features, that’s fascinating.”

So, what about after graduation? “I am excited not having homework every day and having more of a social life. Also, I have a few data science projects in the back burner. But living like everyone else that has a full-time job and doesn’t have to study every day is what I plan to do. I want to cook better, I want to do Brazilian jujitsu, and do all those boring things that you think about as a kid.”

And his favorite way to relax after a long day of debugging? “I need to feel like I’m getting better at something, so if I can go box and feel like I’m improving, or put up higher numbers when I’m weight lifting, it’s some solace for a frustrating day’s work. Even though it wasn’t a good day of coding, at least I’m improving in some other manner.’”