World Champion of Destruction and Defender of Online Education: Spotlight on Audra Brown 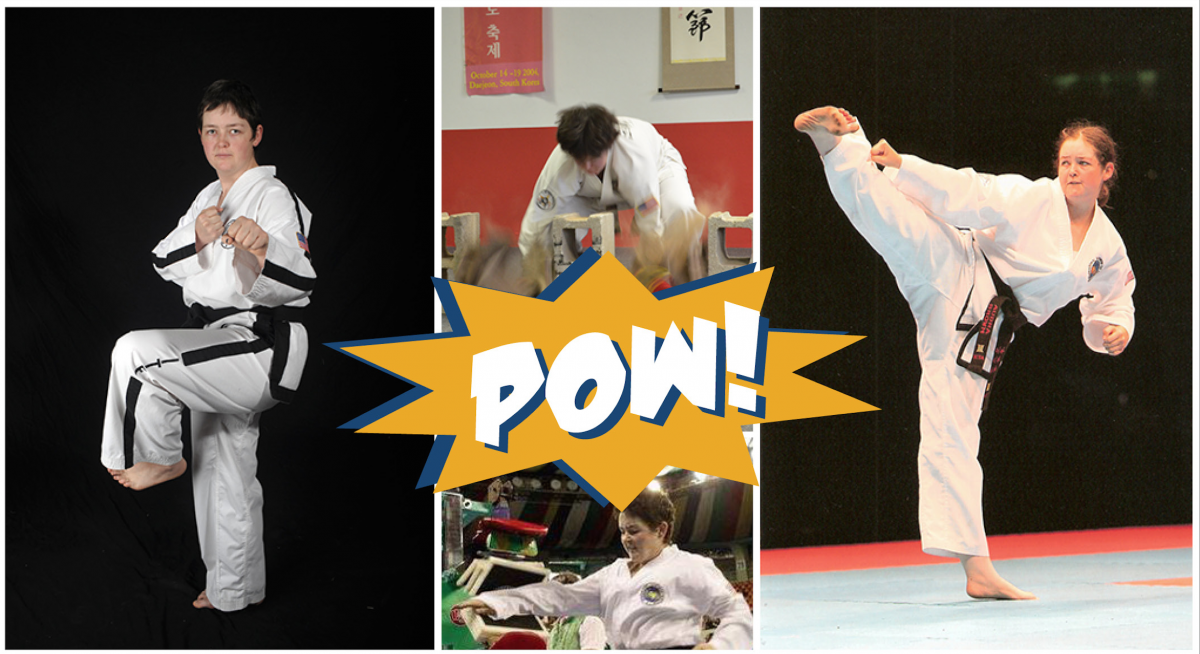 When asked to describe her career, these are the words Audra Brown uses. A full-time instructional technologist at Clovis Community College, as well as a Georgia Tech online M.S. in Computer Science (OMS CS) student, Brown also dedicates her time to work as a weekly humor columnist, running Longhorn and Black Angus cows, and maintaining her Taekwondo black belt, which has earned her the title of World Champion of Destruction.

It would be an understatement to say that Brown is busy, or that her pursuits are unique. In this way, she’s not unlike many of her fellow OMS CS students, earning a master’s degree through a program that fits with the rest of her life.

“Primarily, [I chose Georgia Tech] because of the affordability and availability of an online program that did not require me to relocate or put a hold on all my other endeavors,” Brown said. “I was also thrilled and impressed by the quality of the computing program and the research that was going on.” 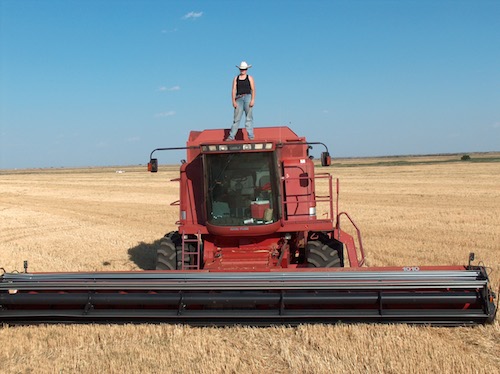 A quick glance at Brown’s lengthy and diverse list of accomplishments – which includes teaching courses in Roman mythology, studying martial arts, playing guitar and singing lead vocals for the Floyd Lions Club County Jamboree, and working proficiency in Greek, Italian and Russian – would leave many perplexed at the connection between her varied interests. But, Brown sees life as a puzzle, which connects all of the things that she loves.

“Growing up in agriculture, there was a new problem to be solved constantly, and failure was never a viable answer. You have to be a mechanic, a vet, an accountant, a daring soul and not require a fixed, regular schedule,” said Brown. “I think that I learned to be ready and willing to solve any problem, with or without prior experience with that particular issue. And that problem-solving attitude is what I apply to everything, including martial arts and computing.”

While in high school in New Mexico, Brown took Introduction to Programming at a local university and never looked back. Since receiving dual B.S. degrees in math and computer science, she has dabbled in a wide range of careers including tutor, heavy equipment operator, mechanic, and website designer. Since she currently herds cattle professionally while also working in instructional technology, Brown resides in an atypical part of the country for someone working in technology. 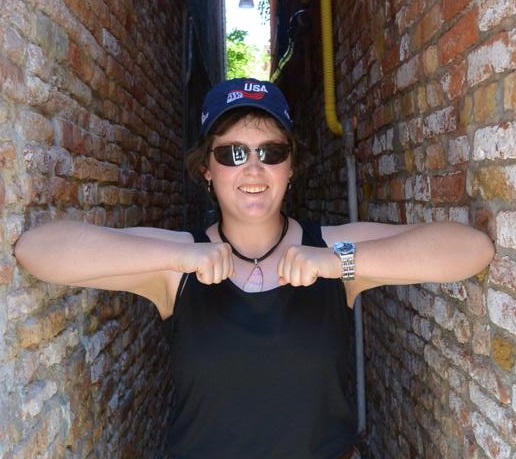 “I’m in the middle of nowhere, or as close as I can manage, over here on the Texas-Arizona border,” she said. “It’s also known to some as ‘the state of New Mexico.’ All joking aside, I live in eastern New Mexico near a town called Portales. I travel a lot, too, so really, I’m doing the program all over the place, which is why OMS rocks.”

OMS CS’ flexibility allows Brown to maintain more than 20 years of training toward her fifth-degree black belt in the International Taekwondo Federation, while also living in a remote location for work and pursuing new interests such as writing and performing stand-up comedy. She was even able to attend the 2016 Grace Hopper Celebration of Women in Computing in Houston, Texas, as a College of Computing Grace Hopper Scholar.

“I really only have one hobby: I collect hobbies,” said Brown. “I love learning and I love the amazing things that can be done with computing. I already know that getting my master’s has given me the opportunity to learn immensely, accomplish cool projects, and meet awesome people. Secondary to the accumulation of knowledge and skills, of course, I also hope to expand the domain of opportunities available to me in terms of both work and education.”

The average day may not look so average for Brown. She works hard to prioritize OMS CS coursework, fitting it in “wherever she can find an opening.” Since she started the program in Spring 2015, Brown has learned to fit what many graduate students would see as three to four days of work into a weekend of focused studying. Now, with 18 credit hours completed, she is more than halfway to having a new kind of accomplishment under her belt. She believes that her taekwondo-mentality has helped to get her this far. 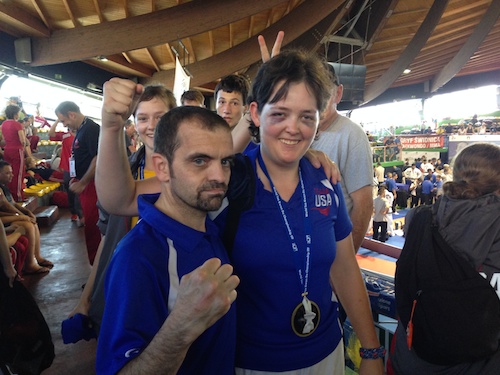 “Martial arts and power breaking, to me, are a process of identifying and controlling variables,” said Brown. “I practice a break, interactively, focusing on various angles or movements, figuring out how they fit into the equation of the entire kick/break, then, training my body to optimize each of those variables. I program much the same way building a prototype, working to better understand the function and relation of everything, then tightening and tuning to more reliably and effectively get the desired result.”

“I think that OMS is destined to have a huge impact on the world,” said Brown. “It opens up the opportunity for a high-quality master’s in CS to so many people who are capable and qualified but are unable to pursue a more traditionally administered degree due to finances, location or other constraining obligations. It’s the future of education. I think that Georgia Tech is leading the next great shift in how we perceive and participate in higher education.”

As challenging as it may be to strike a balance between her many passions while earning her master’s, Brown is confident that being a part of this program is worthwhile. She sees herself as a member of a group of pioneers and innovators, buying in and contributing to the future of higher education. In a way, this Taekwondo master perceives herself and OMS CS to be global champions for online education.

The odds look good for OMS CS with the World Champion of Destruction as a defender.