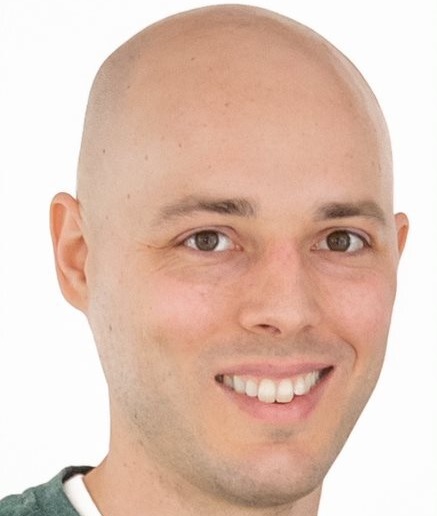 Jacob Kilver is currently a senior software engineer at General Motors working on autonomous vehicle technology. Jacob graduated in December of 2016 from the OMSCS program with a specialization in Computer Vision and Robotics. Jacob completed his undergrad in Computer Engineering from Ohio State in 2013. Prior to working at GM, he spent three years at Diebold Nixdorf working on software for ATMs, and prior to that he spent a year at Lockheed Martin working on flight simulators. He is also working on the Ultracruise Project, which is the next generation of GM’s Supercruise technology. It should be available on 95% of public access roads in the US, as opposed to just divided highways with Supercruise.

"OMSCS allowed me to work full time and earn an advanced degree from a premier institution."

Jacob explained that ever since he was inspired by the DARPA Grand Challenge, he wanted to work on autonomous vehicles. However, he realized that he did not have the skills to do so after completing his undergrad, so he wanted to continue his studies and complete a master’s degree in Computer Science. The main issue with continuing his academic career was that he also wanted to work, and “OMSCS allowed me to work full time and earn an advanced degree from a premier institution.” For Jacob, the aspect of the OMSCS program he enjoys the most is “the convenience, after working all day, the last thing I wanted to do was to drive to some campus to spend a few hours in class. But to be able to go home and just log into my computer, and still learn just as much as on-campus, that was very appealing to me.” Additionally, Jacob contends that “I do not think I would have landed my current job at GM working on AVs without my GT degree. So, landing my dream job has been a big help!”

"I do not think I would have landed my current job at GM working on AVs without my GT degree."

As for what advice Jacob would give to current students? Well Jacob wisely explained that “I didn’t take advantage of the unofficial online communities, so I would say get connected there. And attend graduation in person. It really helped me feel more connected to Georgia Tech.” In fact, if Jacob could turn back time, he would try to make more connections with fellow students