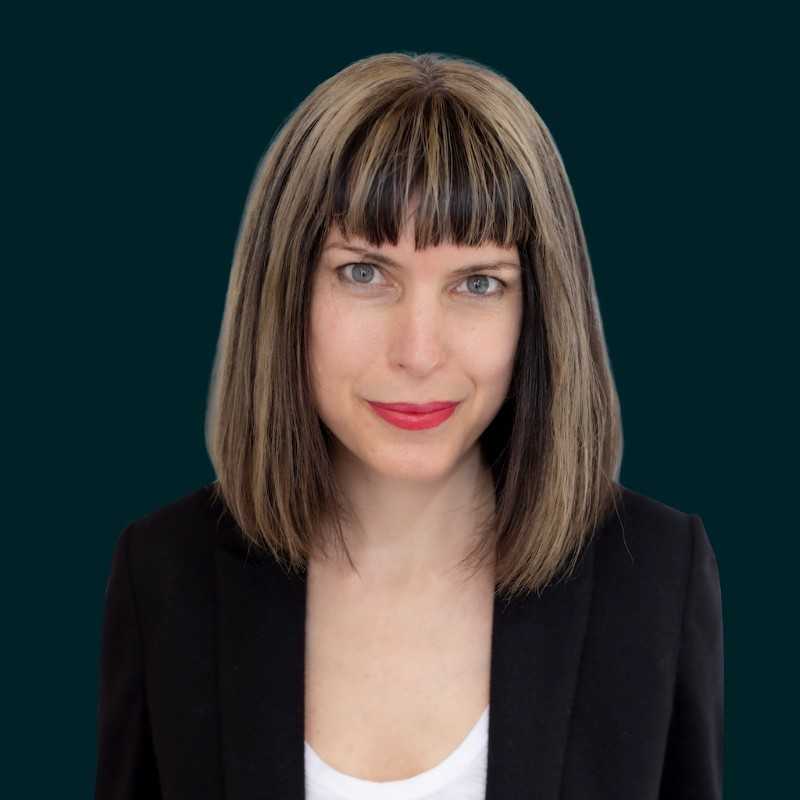 To Heidi, it seemed that she and the internet came of age together. It was a time when anything seemed possible; if you could build it, they would come, and the result might just change the world—the year was 1999. She set out to learn how things worked to make her mark in the world. She started in a cooperative program with a startup, ended up interning at the ACLU, and graduated with her undergraduate degree in Computer Science from Georgia Tech in the year 2003, just when the bubble had burst and moving to the valley didn’t seem like a worthwhile investment.

While the market was down, its promise was still intact, and potential was still growing in other areas. Her senior focus was on the social internet and Heidi pivoted from startups and law to working in large corporations, namely Georgia Tech’s neighbor Turner Entertainment, on their online adventures. When the social internet was migrating from Friendster to MySpace, Adult Swim was the biggest brand followed on the internet at that time - and Heidi expanded AdultSwim.com from a BBS to a full online network to cater to Adult Swim's unique audience and needs. In the times between at Turner, during hurricane Katrina she and a colleague prototyped an aggregate search engine to find displaced loved ones, pitched it internally, sold through, and readied it for production within the week, having galvanized the resources she needed to get the work done and removing any barriers that might have normally impeded progress. Not that it didn’t ruffle feathers—she was told that "she couldn’t be fired for being innovative", thankfully. She then was picked to help launch sister site SuperDeluxe.com for social networking and short form videos—as Facebook and YouTube were gaining traction—though FunnyOrDie was Super Deluxe’s main competitor at the time. While the work was interesting, she thought there was still something out there to be explored. She applied and was accepted to Georgia Tech’s M.S. in HCI program part time with the intention of exploring how to merge the physical and the digital worlds. Of note, she met her future husband around this same time. To keep things interesting while she waited to start grad school, she again saw an opportunity and prototyped the first online video mobile app within a week of the first iPhone’s launch, pitched it, sold through to executives, and launched it into production within two weeks; the work was heralded within the organization for its fast innovation.

With the itch to do something different and her grad program about to start, her advisor warned she could only realistically maintain two out of three: a full-time job, a new relationship, or grad school, and it would be wise to choose. Heidi chose a new job with Viacom in NYC working remotely on a new brand, and her relationship, with the intention to take the money intended for grad school, save more money, move to NYC, and use the money to bootstrap a company. Fast forward and a new company Fake Love was formed two years later in NYC to merge the physical and digital—pioneering the way for "experiential" marketing as it is known today. Heidi held the day job and launched new brands Def Jam Rapstar, NickMom, and several startups funded by other corporate venture arms, including Samsung.

While venture building, Heidi was always one to keep pace and see what’s on the horizon ahead. She initially took Sebastian Thrun’s online AI course and was one of the many who started and the few who finished. When Sebastian Thrun partnered with Georgia Tech on OMSCS she knew it was something she had to do—to prove that she could finally finish her master’s degree and that online education is a viable path for the future of affordable and accessible education. She was one of the first in the early cohorts and started in 2015 while still working full time as an EIR at Samsung.

"OMSCS was amazing though in the flexibility—being able to watch lectures in your own time and rewatch them to make sure you really understood the concepts."

In 2016, Fake Love sold to the New York Times, and Heidi was able to take a step back from working as an advisor at Samsung and see where she wanted to make her own mark again in the broader ecosystem. She wanted to focus on where humans would be impacted most—the trust and safety of autonomous AI in the emergent field seemed like a good place to start. In 2017, she launched a company, Alpha Drive, finished her OMSCS degree, and gave birth to her first child. By 2019, Alpha Drive had been through two well-known accelerators and had become a trusted partner in the AV validation ecosystem, supporting the industry benchmark and validation for the research community through the CARLA leaderboard with the Embodied AI Foundation. But, Heidi shared, “Only 2% of venture capital at the time went to women—of that 2% even less went to women focused in tech.” The pandemic flipped a lot of things upside down and shifted them from many different perspectives. Alpha Drive had contracts disappear, a co-founder left due to market and pandemic volatility, additional capital could not be raised, life priorities shifted, and health and wellbeing mattered more than ever. Thankfully other elements have shifted as well: “The amount of venture capital women get now is on the rise since the pandemic (14% now), but it’s still not enough,” she says. “Limited access to capital means that your time is devalued as a founder even more and you have to optimize even more to gain more time/runway to survive. Sometimes setting something up for success means just being able to weather the storm—or survive long enough so that the tide turns.” The work for the platform on the public benchmarks is supported by the Embodied AI Foundation and sponsors Intel and AWS, and that’s what enables the company to still meet its mission today of ensuring trust and safety in the development of embodied systems.

It’s not just capital that is a challenge. "For women and men, there is little knowledge or shared within the community for what it means to be pregnant or start a family in graduate school—or in startups for that matter. I’m still looking for the parenting manual. Let alone that there isn’t maternity/paternity leave. These moments where life begins and shifts to different modes matter, add value and should be supported across all ecosystems." She notes, though, “OMSCS was amazing though in the flexibility—being able to watch lectures in your own time and rewatch them to make sure you really understood the concepts.” In addition to flexibility, affordability was one of the other things she loved about the program. She had considered Cornell’s MS/MBA joint program which would have helped her in her startup journey but, she says, “The Cornell program would have cost $150,000, which is a decent sized check to put into your own company—especially when you are facing an uphill battle in growing a startup—so the value from the cost savings in addition to the value of the education of OMSCS was important to me.”

"It’s interesting to think that if all of the OMSCS alumni pooled our program savings into a venture fund, invested in one another to build companies that furthered online education and other emerging spaces that impacted the public in positive ways, we would potentially have one of the most sizable, influential and innovative funds in the world with a portfolio of amazing businesses."

Even prior to the pandemic, she felt her experience with being completely online with OMSCS was isolating. Her advice to current students experiencing screen fatigue and isolation is: “Build the best support network you can. Make sure your direct family/friends are there to support you in the journey—mentally, emotionally and physically (cooking dinner is a huge help). Then, have at least one friend whom you have a real connection with, active in the field where you want to be or in the OMSCS program—someone who understands what you are going through because they are going through it too and you can grab virtual coffee to check in on one another.”

Final words of wisdom and motivation: “Think of where you are investing your time and the money you saved with the OMSCS. It’s interesting to think that if all of the OMSCS alumni pooled our program savings into a venture fund, invested in one another to build companies that furthered online education and other emerging spaces that impacted the public in positive ways, we would potentially have one of the most sizable, influential and innovative funds in the world with a portfolio of amazing businesses—founded by OMSCS tech alumni of course—out there. And that’s a fund I would be happy to help manage one day. But overall, what keeps me going is to know that I choose to focus on the biggest things that I can do to make the most impact as a single person. We all have the potential to make a sizable and positive impact in some way every day. If I’ve inspired you today, I would love to hear from you, and then I’ll know I’ve met my goal.”

If you’re interested, you can reach Heidi at Heidi@futurefuture.co.